In an earlier blog post, I noted that by one metric for the impact of my published work I lose out to F.D.C. Willard, who was a cat. In a similar vein, above I have plotted the number of citations to my most highly cited paper of the last few years, Dynamic Stratification in Drying Films of Colloidal Mixtures by Fortini et al., together with the number of citations of a 1970 paper by Laemmli. In Laemmli’s paper, he pioneered a technique called SDS PAGE. Note that the column with our paper appears blank, this is because on the scale of the plot, the bar for our paper is less than one pixel high. At the bottom I have replotted this bar graph on a logscale, where you can see the number of citations of our work.

The paper of Laemmli has over 250,000 citations, ours has 32 at the time of writing. A quarter of a million citations is a crazy number. To put it into perspective, the best known (by some distance) scientist I have worked with is Daan Frenkel, who is a Foreign Member of The Royal Society (a rare and prestigious honour) and his total citations to every one of his papers is only 55,000. This is a very impressive number, but it is less than a quarter of the number to this one paper.

SDS PAGE refers to the name of the surfactant used, SDS =  Sodium dodecyl sulphate, plus PAGE which stands for polacrylamide gel electrophoresis. It is a technique for separating out proteins. A single cell contains thousands of different proteins, and biologists need to separate them out. They mix in the charged surfactant SDS to convert the proteins into charged particles, put them in a gel (bit like a jelly but made with polyacrylamide not gelatin), and apply an electric field, which is the electrophoresis bit of PAGE. Different protein/SDS complexes are pulled through the gel at different speeds by the electric field, and so the mixture of proteins separates.

Hundreds of thousands of molecular biologists have used this technique over the last five decades, hence the stratospheric number of citations. The message is clear: if you want to be popular, come up with a technique that is useful to a large group of scientists. 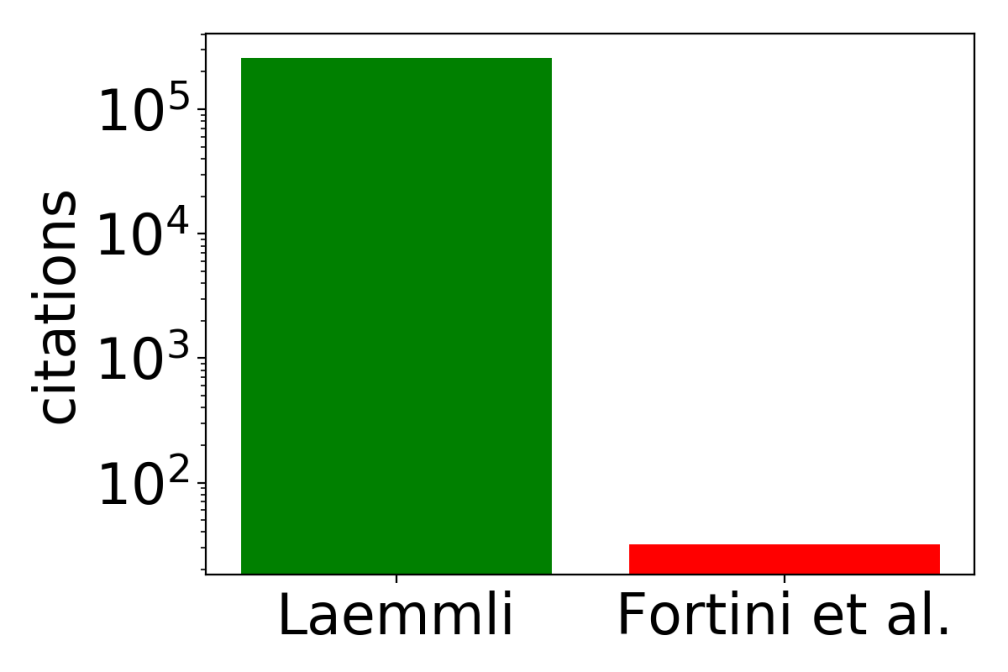