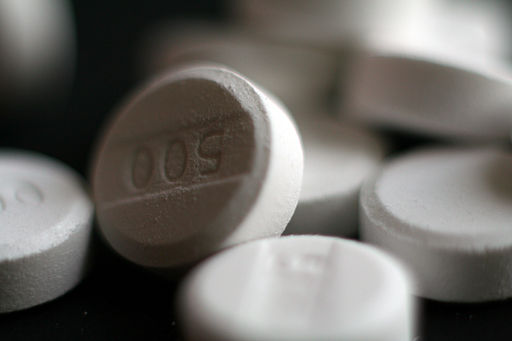 Yesterday I attended a seminar by a speaker from a big pharmaceutical company. She talked about techniques to look at drug molecules in single cells. This is very very hard, which is why it is very much a work in progress. Each one of our cells is tiny, a fraction of a tenth of a millimetre across, and so invisible to the naked eye. But this is still large enough to be home to billions of protein molecules, of thousands of different types. Most drug molecules work by targeting a particular one type of protein molecule.

I don’t think we actually know how many of these 1021 molecules actually get to the protein molecules in the nerve cells causing the pain and actually ease the pain we feel, but the fraction must be tiny. Our body is made up of maybe 30 trillion cells but only a small fraction of these are nerve cells, and presumably only a fraction of these nerve cells will be giving us grief at any one time. I would guess a billion at most, and maybe less than a million cells, are what we need to affect to deaden the discomfort.

That is horrifically inefficient. It is easy to view big pharmaceutical companies and wise, knowing and in control, but their products rely on throwing a billion molecules at a target and hoping one sticks. While the other 999,999,999 are floating around the body causing side effects.

The problem of course, is that is easy to criticise this horrific level of inefficiency, but it is a lot harder to do better. If you have a painful knee, you don’t want to have to inject a painkiller directly into the site of the pain, even if you could work that out correctly. You’d much rather just take a pill.

But molecules in a pill can’t know which cells to go into, and which ones to avoid. There is work on nanotechnology to try and guide drugs to the right target cell, but this is very hard, and this nanotechnology will be far too delicate to survive your highly acidic stomach, so again we may be back to injections.

So, we have a tough problem on our hands, with the only saving grace being that if we can get up to one hit in a million, that’d be fantastic progress.