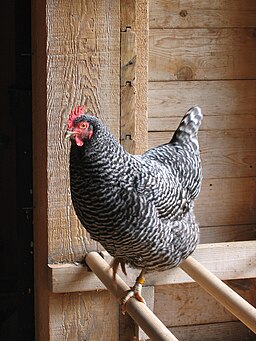 Two years ago I wrote a blog post expressing amusement at Altmetric’s top papers for 2013. Now that Altmetric is rating a paper of mine #5 of 13,240 outputs (from the journal publisher and as of time of writing), it is clearly time for me revisit my position on Altmetric. Surely, anything that ranks my collaborators and me that highly must be on to something? Altmetric is software that collects references in the news media, blogs and on twitter, to a research paper, and then both provides links to them, and ranks the paper.

In my blog post from 2014 I made the (unoriginal) point that a great title helps a lot with Altmetric: one of their top papers was entitled The Autopsy of Chicken Nuggets Reads “Chicken Little”, a truly outstanding title. Now the title of our paper is Dynamic Stratification in Drying Films of Colloidal Mixtures. A good title, I think, but not in the class of the chicken-little paper. So why, you ask, are we doing so well?

I don’t know what Altmetric’s ranking algorithm is, but I guess we are so highly ranked because of the over 70 news outlets that have covered our work. So the question is: Why are we so popular with journalists? I think at least part of the reason is that journalists (I think, certainly not me but could be one of my coworkers) hit on the idea of selling the story as: you-know-paint-drying-is-really-dull-well-boffins-have-found-it-is-actually-‘exciting’. Incidentally, in the headings they did put exciting in quotes (see here for example), maybe to make it clear it was us oddball scientists who found it exciting not the journalists. A shout out here is due to The Western Daily Press who headlined it Watching paint dry IS exciting – say scientists. They clearly thought quotes weren’t enough and that they needed to be absolutely clear who it was that was entertaining the odd thought that paint drying is exciting.

A lot of the news articles in the general (not science) press took this angle, and that’s fair enough. The journalist needs to catch the attention of a reader casually flicking through a website or print newspaper, and a common phrase, ‘watching paint dry’, with a surprising twist, ‘exciting’, is I guess a good way of grabbing a reader’s attention. It is quite clever.

So the take home message here may be that for Altmetric success it helps to have work suited to a heading of the form: familiar-English-phrase + surprise. I don’t know if we can follow that advice but if you subscribe to The Western Daily Press and see the headline: Rollercoaster ride IS dull – say scientists, maybe we will have succeeded.