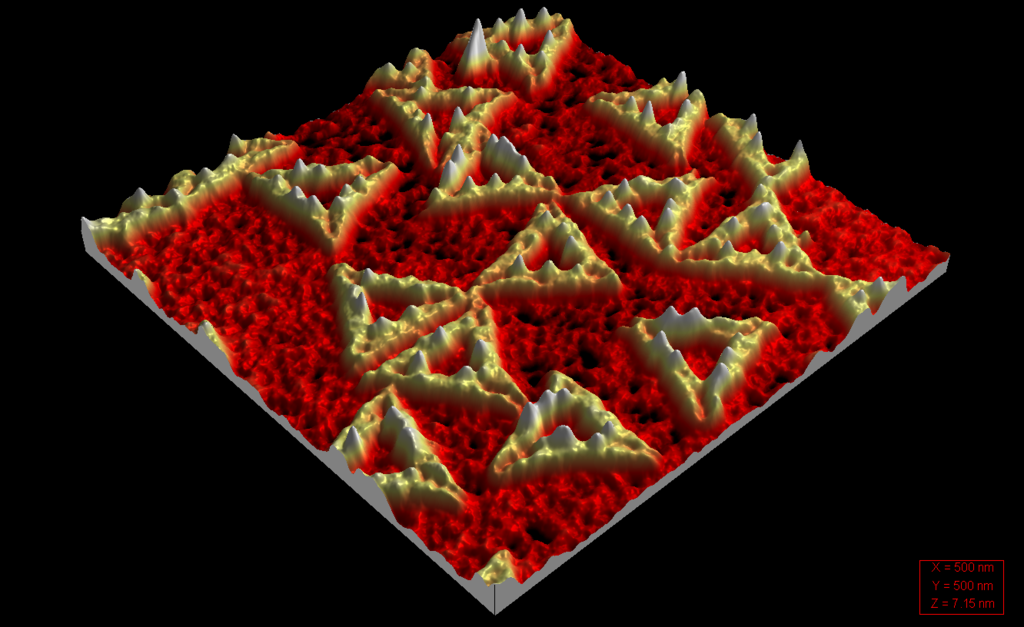 My Christmas reading has included a PhD* thesis, I am external examiner for a student at Oxford, and the viva is mid-January. The thesis is on the computer simulations of a model of DNA. The simulations are of what is called DNA origami. Origami is of course folding up a sheet of paper in a precise way, to make a paper plane, paper flower, etc.

So DNA origami is a lot like paper origami, only you are folding up a linear object (the long floppy DNA molecule), not a sheet and it is around 100 nanometres, or 100 billionths of a metre across, not around 10 cm. DNA origami is fun, you can make tiny little smiley faces from it, and Paul Rothemund, who pioneered the field, did just that.

DNA origami is done in a very different way to paper origami. The triangles, smiley face, etc self-assemble, i.e., you just mix the DNA strands together, and wait. Then with a bit of luck, the structures you want form spontaneously. In our bodies DNA codes for our genes via the sequence of the DNA bases of the four types: A, T, C and G. In DNA origami, the fact that in the DNA double helix bases of type A bind only to T, and C only to G is exploited to staple bits of the long DNA molecule together.

You have then stapled the long DNA molecule together at the desired point. To make a particular shape, you work out which parts of the long DNA strand you need to staple together, add staple DNA strands, and then hope it works. Sometimes it does, but sometimes it doesn’t, and in the experiments they can’t see the DNA strands coming together so when it does not work it is hard to tell why not. The thesis uses computer simulations to look at these strands coming together to try and work in more detail how this origami works.