One of my Christmas presents was a mask. A thoughtful present, although a mask as a Christmas present says a lot about the sort of year 2020 was. Anyway, the mask’s packaging makes a number of scientific-looking claims, and as I have been working on understanding how masks work (preprints here and here), I thought I would go through them. Maybe the manufacturer of your mask makes similar claims.

END_OF_DOCUMENT_TOKEN_TO_BE_REPLACED 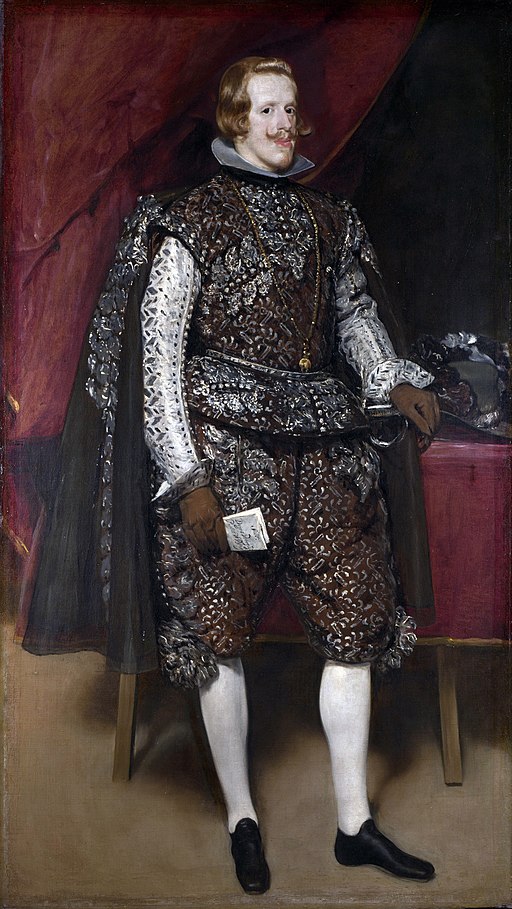 Above is Diego Velazquez’s portrait of Philip IV of Spain. He is not the best looking royal, and has what is sometimes called the Habsburg jaw, i.e., a very large jaw, attributed in this case to a lot of cousin marrying by his royal dynasty, the Habsburgs. They were rather inbred. Lab experiments on how diseases are transmitted are often done on mice. Now you might think that lab mice have little in common with the Habsburgs, but in fact they do haveone thing in common: the mice are also inbred. I think biologists want to avoid the variability that would occur if the, say, 50 lab mice they are doing experiments on, have a lot of genetic variability. So they are deliberately inbred.

END_OF_DOCUMENT_TOKEN_TO_BE_REPLACED

With billions wearing face coverings, the question we want answered is: How effective are they at reducing the probability of you becoming infected with COVID-19? This question is very hard to answer. We can split it up into two questions: If you wear a mask, how much does this reduce the dose of virus you breathe in? And how does the chance of you becoming infected decrease, when the dose of virus you breathe in is reduced? Colleagues and I have had a go at answering the first question — preprint here. Here I will just assume that mask wearing reduces the dose by a factor of one half. This does not mean that the probability that you will become infected is reduced by one half. It is not that simple, unfortunately.

END_OF_DOCUMENT_TOKEN_TO_BE_REPLACED

We don’t know the answer to the question in the title of this post, maybe only a few viruses are enough, maybe it is a hundred or a thousand. In fact, I am not sure we know the answer to this question for any infectious disease. I don’t think we know how many TB bacteria need to be inhaled to become infected, or how many noroviruses you need to pick up to become infected with the norovirus — also sometimes known as the winter vomiting bug. But for the norovirus at least we have a little data on how the probability you become infected increases as you increase the dose — see data by Teunis and coworkers plotted above. Note that the units of dose above are basically arbitrary so the absolute units are irrelevant but what is relevant is that the x axis is a log scale, and the doses vary by a factor of 100 million. Also note the very large (estimated) error bars* (in blue).

END_OF_DOCUMENT_TOKEN_TO_BE_REPLACED

On Wednesday I watched (via Zoom of course) a webinar by Prof Jose Jimenez: Airborne transmission of SARS-CoV-2, and how to protect ourselves: What we know now. You can watch it on YouTube. I learnt a lot from it. Jimenez and coworkers have repurposed a model originally developed for the transmission of TB through the air of a room, to the study of SARS-CoV-2. The model is called the Wells-Riley model, after two of its inventors. Jimenez and coworkers have even implemented it as a Google Sheets spreadsheet, so you can see what this model predicts yourself.

END_OF_DOCUMENT_TOKEN_TO_BE_REPLACED

I am teaching second-year physics students computational physics; I have been doing this for 20 years. One of things that has frustrated me for a few years is students asking me to check results, when they just want to know if the answer is right or wrong. When I help students who ask this question I do try and take students through my reasoning. For example, if the correct result of the calculation is a Gaussian function, I briefly describe what a Gaussian looks like.

END_OF_DOCUMENT_TOKEN_TO_BE_REPLACED

The physics of how masks work is a bit complex. Masks/face covering are air filters you wear on your face. They filter out droplets from the air you breathe in, or out. The mechanism for filtration is different for small and for large droplets. For small droplets it relies on diffusion of the droplets into contact with the fibres inside the mask, where the droplets stick and are filtered out of the air. Droplets in air are constantly bombarded with air molecules and this pushes them around at random: this random motion is called diffusion. For small enough droplets, these pushes are enough to cause significant numbers of the droplets to diffuse into contact with the fibres of a mask, during the short time the air and droplets spend crossing the thickness of the mask.

END_OF_DOCUMENT_TOKEN_TO_BE_REPLACED

I am both teaching and shopping in a mask, and the UK is one of many governments that require people to wear masks in many situations. The obvious question is: Do masks work, i.e., reduce the transmission of SARS-Cov-2? Answering this question is hard, and to be honest we don’t have a good answer at the moment.

END_OF_DOCUMENT_TOKEN_TO_BE_REPLACED

We breathe in and out all the time, without thinking about at all. But now is the time to think about how we breathe in and out. SARS-CoV-2 leaves an infected person in droplets in their breath, and the evidence is strong that a majority of infections start with someone breathing in the virus.

END_OF_DOCUMENT_TOKEN_TO_BE_REPLACED

On Wednesday I watched a webminar given by the American epidemiologist Marc Lipsitch. It is part of a seminar series for physicists, on COVID-19. It was an interesting and sobering watch. I was struck by a comment Prof Lipsitch made in answer to one of the questions at the end of the webminar.